Plant a tree in memory of Ethel
An environmentally-friendly option 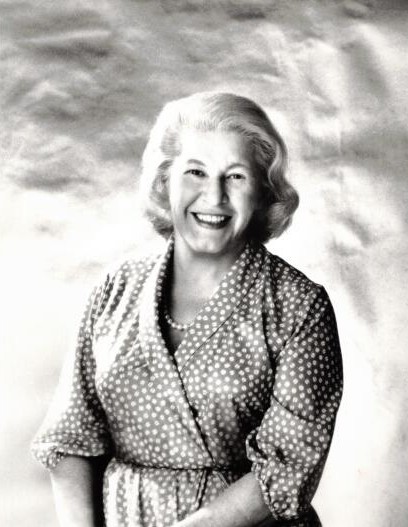 Formerly of Ridley Park, PA, New York City and Pocono Pines, PA, Ethel peacefully passed away at the age of 99 on March 23, 2021. Ethel was born on November 16, 1921 in Milmont, PA to Charles and Margaret (Nee Horvath) Nagy. She is predeceased by her sisters Mary Nagy, Margaret Mauro, Elizabeth Saxman, Julia Stewart and brother Stephen.

Ethel’s life revolved around music. Ethel played trombone and started her own dance band at the age of 13. They played Glenn Miller arrangements. Her band played for troops at USO functions during off-duty hours. She was a trombonist in the Philadelphia Women's Symphony Orchestra from 1939-40.

She graduated from Temple University in 1943 where she studied music education. Ethel began her employment at RCA Victor while still in school to help pay tuition and living expenses. She also took some music and conducting courses at Columbia University between 1945 and 1948.

Ethel spent most of her career based in New York City but traveled the world through her work with RCA. She was the wife of the late Gus Gabriel, President of Dunhill Publishing Company in NYC.

During her 44-year career at RCA, as Vice President and “A&R” (Artists and repertoire) Producer, Ethel was nominated for a Grammy Award in 1967 and won a 1982 Grammy Award in the Best Historical Album category for The Tommy Dorsey/Frank Sinatra Sessions. She also produced fifteen gold records out of over twenty-five hundred releases to her credit.

In 1997, she was honored by Women in Music Inc. at their Touchstone Awards in New York. She was awarded for being "First A&R Producer in the Industry" and for making a difference in the music industry. In 2014, she was named to the Rochester Music Hall of Fame.

Ethel previously resided in the Poconos region of Pennsylvania before moving to Rochester, New York to be closer to family (Edward & Nancy Mauro, Gates, NY), as she had no children.

The family would like to express their sincere gratitude for the years of outstanding care she received at her Rochester “home”, RPH (Rochester Presbyterian Home) and recently from Dr. Jane Qu and the staff at Highland Hospital.

A Memorial Service will be scheduled later in the year. In lieu of flowers, donations can be made in Ethel’s name to the Rochester Presbyterian Home, 256 Thurston Rd, Rochester, NY 14629.

Plant a tree in memory of Ethel by clicking here.
To send flowers to Ethel's family, please visit our floral store.

A service summary is not available

Plant a tree in memory of Ethel
An environmentally-friendly option

Plant a tree in memory of Ethel

A Memorial Tree was planted for Ethel Gabriel

We are deeply sorry for your loss ~ the staff at James R. Gray Funeral Home
Join in honoring their life - plant a memorial tree

Plant a tree in memory of Ethel