We would like to offer our sincere support to anyone coping with grief. Enter your email below for our complimentary daily grief messages. Messages run for up to one year and you can stop at any time. Your email will not be used for any other purpose.

Share a memory
Obituary & Services
Tribute Wall
Read more about the life story of Robert “Bob” and share your memory.

On January 3, 2023, we said goodbye to Robert “Bob” J. Kaiser of Chili, NY. Bob was a retired pastor who remained active in the community up until his passing.
​

Bob was born in Orange, New Jersey, to John and Dallace Kaiser. In 1956, he graduated from Gettysburg College. A year later, on June 29, he married the love of his life, Marilyn Ballard. They were married for 63 years until her passing on December 27, 2020.
​

Later, Bob pursued his interest in ministry by attending Union Theological Seminary. He served at Freeville Methodist, Spencertown Presbyterian, Little Falls Presbyterian, and Gates Presbyterian until his retirement in 1998. He continued to serve as an interim and supply pastor for various local churches throughout his retired years. Bob loved and valued the community he experienced at every parish he served and was grateful for the opportunity to serve different populations.
​

Beyond his work as a pastor, Bob was a strong community advocate. From attending Dr. King’s March on Washington to his advocacy for migrant laborers, Bob firmly believed in peace, justice, and a more equitable world for all. He lived out these beliefs through action and leadership, inviting others to join him on work projects in Latin America and encouraging the youth in the churches to participate in work projects in communities in need.
​

Bob loved sports—especially basketball, baseball, and golf—and he dutifully attended his grandchildren’s sporting events (even those who were self-professed Red Sox fans). In his retirement years, one of his greatest joys was golfing with friends or family and then sharing a meal afterward.
​

There were few things Bob loved more than having his family all in one place. From reunions at the Jersey Shore to cozy Christmas celebrations at his and Marilyn’s house in Chili, family was Bob’s favorite source of community. He was the social glue of the family, and he loved to sit back and watch his grandchildren and great-grandchildren play, sourdough pretzel in hand and Diet Pepsi beside him. Many of his grandchildren learned how to play poker under his tutelage, and he loved sharing travel stories with those around him.
​

Bob leaves behind his four children David, Loreen, Bryce, and Lon; their spouses; his sister Dalyce; his dear friend Lucia with whom he spent many of his favorite times throughout the past year and many grandchildren and great-grandchildren.

As a holiday tradition, Bob and Marilyn always made donations in the name of their grandchildren. To honor Bob’s memory, donations can be made to Heifer International (Heifer.org) or St. Joseph’s House of Hospitality (SaintJoesHouse.org) in Rochester, NY. Bob was a compassionate, charismatic, and caring man, and the world was made better by his presence. He will be deeply missed.

A memorial service is planned for early this spring.

To send flowers to the family or plant a tree in memory of Robert “Bob” J. Kaiser, please visit our floral store. 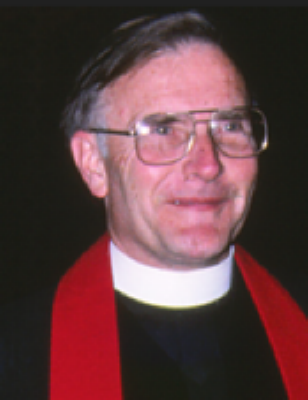 In Loving Memory Of

Look inside to read what others
have shared
Family and friends are coming together online to create a special keepsake. Every memory left on the online obituary will be automatically included in the book.

In Loving Memory Of

Look inside to read what others have shared

Family and friends are coming together online to create a special keepsake. Every memory left on the online obituary will be automatically included in the book.

You can still show your support by sending flowers directly to the family, or by planting a memorial tree in the memory of Robert “Bob” J. Kaiser
SHARE OBITUARY
© 2023 James R. Gray Funeral Home. All Rights Reserved. Funeral Home website by CFS & TA | Terms of Use | Privacy Policy | Accessibility